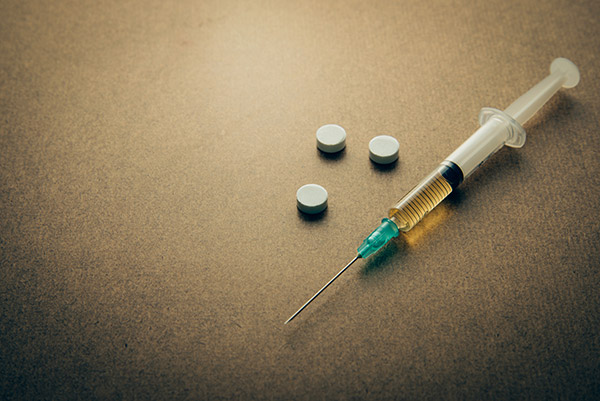 This bulletin summarizes new information on preventing transmission of HIV and other blood-borne infections among persons who inject drugs and updates prevention recommendations published in April 1993. *1 The findings of a 1995 workshop on the use of sterile syringes by people who inject drugs and several recent publications 2,3,4,5,6 indicate that persons who inject drugs should use sterile syringes** to prevent the transmission of HIV and other blood-borne infectious diseases. These conclusions should be considered by clinicians providing health care to persons who use or inject drugs and by public health professionals planning and carrying out HIV prevention programs for injection drug users (IDUs). Health professionals should inform IDUs that using sterile syringes is safer than reusing syringes, including syringes that have been disinfected with bleach. The information in this bulletin has been prepared for health professionals involved in programs serving persons who inject drugs. Separate educational materials will be prepared to inform drug injectors of these findings.

**The term “syringes” is used throughout this bulletin to refer to both syringes and needles.

The reuse and “sharing” of blood-contaminated injection equipment and blood-contaminated dissolved drugs play substantial roles in the transmission of HIV, 2 hepatitis B virus (HBV), hepatitis C virus (HCV),7 and other blood-borne infections. These infections cause illness and death among drug users, their sex partners, and, through mother-to-infant transmission, their children. More than one third (35%) of all AIDS cases reported in the United States in 1995 were directly or indirectly associated with injection drug use.8

Blood is introduced into needles and syringes at the start of every intravenous injection. The reuse of a blood-contaminated syringe by another drug injector (sometimes called “direct syringe sharing”) carries a substantial risk of transmission of blood-borne infections, including HIV, HBV, and HCV. In addition, blood and blood-borne infections can be introduced into drug solutions by the use of:

• the reuse of water

• the reuse of bottle caps, spoons, or other containers (“spoons” and “cookers”) used to dissolve drugs in water and to heat drug solutions

• the reuse of small pieces of cotton or cigarette filters (“cottons”) used to filter out particles that could block the needle. 9,10

Because some “street” sellers of syringes repackage used syringes and sell them as sterile syringes,12 persons who continue to inject drugs should obtain syringes from reliable sources of sterile syringes, such as pharmacies.

Critical Importance of Prevention and Treatment Of Drug Dependence

The risks of transmission of blood-borne illnesses are compelling reasons for strengthening public health and community efforts to help persons avoid starting drug injections and to help IDUs stop using drugs. Addiction is a major factor in the use of drugs such as heroin, cocaine, and amphetamines. While the recommendations in this bulletin will help reduce the individual and public health risks associated with injection drug use, the ultimate goals are to prevent at-risk individuals from initiating injection drug use and to help drug injectors stop drug injection through substance abuse treatment and recovery from addiction. For most people who are addicted to drugs, admission to drug and alcohol treatment programs is a key step in reducing and/or stopping their drug use.

A 1995 Workshop and Recently Published Studies and Recommendations

On February 15-16, 1995, a workshop on the role of sterile syringes in the prevention of HIV transmission among drug users who continue to inject was held at Johns Hopkins University in Baltimore, Maryland. The workshop was sponsored by the Centers for Disease Control and Prevention (CDC), the Center for Substance Abuse Treatment (CSAT) of the Substance Abuse and Mental Health Services Administration (SAMHSA), the National Institute on Drug Abuse (NIDA) of the National Institutes of Health (NIH), and the Johns Hopkins University School of Hygiene and Public Health.

In September 1995, the findings and conclusions of a two-year National Academy of Sciences (NAS) study were published in a report entitled “Preventing HIV Transmission: The Role of Sterile Needles and Bleach.”2 Also in September 1995, the Journal of Acquired Immune Deficiency Syndrome and Human Retrovirology published reports of the evaluation of laws enacted in Connecticut in 1992 that allowed the purchase without a prescription and the legal possession of as many as 10 syringes. 3,4

In 1996, the U.S. Preventive Services Task Force published guidelines recommending that drug users who continue to inject be advised to use sterile syringes and take other steps to prevent health problems associated with injecting drugs.5 Also in 1996, the American Medical Association published a physician guide to HIV prevention that stated that primary care physicians can help their patients reduce HIV risk from injecting drugs by encouraging them to “Use a new needle and syringe each time drugs are injected.” 6

Based on discussions during the 1995 Johns Hopkins workshop and the findings from these studies, the new recommendations for drug users who continue to inject drugs include: (1) substance abuse treatment to reduce or eliminate drug injection; (2) the use of sterile syringes to reduce the spread of blood-borne infections; (3) the use of new, ideally, sterile water and equipment to prepare drugs; and (4) adequate disinfection of the injection site by drug users to prevent local infection and endocarditis.

To minimize the risk of disease transmission, persons who continue to inject drugs should be advised to always use sterile injection equipment; warned never to reuse needles, syringes, and other injection equipment; and told that using syringes that have been cleaned with bleach or other disinfectant is not as safe as using new, sterile syringes. The NAS report stated: “For injection drug users who cannot or will not stop injecting drugs, the once-only use of sterile needles and syringes remains the safest, most effective approach for limiting HIV transmission.” 2 CDC recommends that all syringes used for parenteral injections be sterile. 15

Drug preparation equipment, such as “cottons,” “cookers,” water, and syringes should not be reused because they are usually contaminated with blood. Most syringes and needles used by drug injectors were not designed for reuse. Boiling needles and syringes for 15 minutes between uses can disinfect the equipment. However, boiling may alter the shape and functioning of the plastic syringes widely used by drug injectors in the United States. Disinfecting previously used needles and syringes with bleach (or other chemicals) can reduce the risk of HIV transmission, but using disinfected syringes is not as safe as using a new, sterile needle and syringe. 16 The NAS report found that bleach disinfection (using the procedures described in the April 1993 NIDA, CSAT, CDC bulletin on bleach) is likely to be effective but “. . . is clearly an intervention to be used when injection drug users have no safer alternatives.” 2 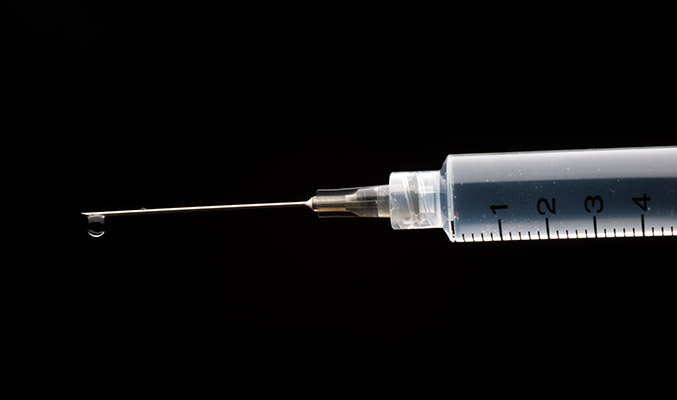 Provisional Recommendations to Drug Users Who Continue To Inject

Health care workers involved in programs that serve drug users should communicate the following recommendations to drug users who continue to inject. Adhering to these drug preparation and injection procedures will reduce the public health and individual health risks associated with drug injection for both drug users and other persons in their communities. Persons who inject drugs should be regularly counseled to:

Take the following steps to reduce personal and public health risks, if they continue to inject drugs:

• Use only syringes obtained from a reliable source (e.g., pharmacies).

• Use a new, sterile syringe to prepare and inject drugs. If possible, use sterile water to prepare drugs; otherwise, use clean water from a reliable source (such as fresh tap water).

• Use a new or disinfected container (“cooker”) and a new filter (“cotton”) to prepare drugs.

• Clean the injection site prior to injection with a new alcohol swab.

Safely dispose of syringes after one use.The availability of new, sterile syringes varies, depending on state and local regulations regarding the sale and possession of syringes and on other factors, such as the existence of syringe exchange programs sponsored by local HIV prevention organizations.17 If new, sterile syringes and other drug preparation and injection equipment are not available, then previously used equipment should be boiled or disinfected with bleach using the methods recommended in the April 1993 bulletin. 1

For more information or to comment on this bulletin, please contact the following staff members of the organizations releasing this bulletin:

Drug abuse is a serious, continuing illness. There are no easy cures.

Women who try to quit sometimes fail at first. But help is available to overcome the illness of drug abuse.

Women who use drugs do not have to face the problem alone.

Facts About Women and Drug Abuse

• 9 million women have used illegal drugs in the past year.

• 3.7 million women have taken prescription drugs non-medically during the past year.

To understand drug use by pregnant women, the National Institute on Drug Abuse (NIDA) has been studying treatment for women to develop the most effective approaches. One project, “Perinatal 10,” is looking at the effects of treatment, medical care, and support services for pregnant women.

For additional information about NIDA send email to information@lists.nida.nih.gov.